Since starting out in 1948, Nashville-based TCW has grown into a third-generation, diversified transportation enterprise with 450 drivers in its fleet. With operations at 9 inland terminals and 2 port locations, TCW is now one of the largest intermodal operations in the U.S., also with a focus on dry vans, yard management and warehousing.

And, with that large of a footprint comes increased risk exposure. In fact, in the past five years, TCW was involved in several accidents where they weren’t at fault but they did not have all the evidence to properly exonerate themselves.

With the American Transportation Research Institute (ATRI) estimating that non-fatal accident settlements have an average payment of $428,000, not having this evidence can be costly – not only in the form of potential settlements but also in increased insurance premiums and damage to a carrier’s reputation.

A longtime Trimble customer, TCW already utilized technology to enhance their safety, including Trimble ELD to manage driver Hours of Service (HOS) compliance. They had considered adding an aftermarket video solution, too, but weren’t sure if they could justify the investment.

TCW was familiar with the benefits a video system can offer. Their fleet’s trucks feature roll stability and collision mitigation systems that capture brief video clips of events. However, the dependability of the system providing the video, plus the video quality, made it difficult for the system to properly depict events and provide the necessary context to provide accident protection and enhance driver coaching.

They began to explore Trimble’s Video Intelligence solution, which supports up to four high-definition cameras to provide a neutral eyewitness perspective to enhance coaching and potentially exonerate drivers in the event of an accident.

“It was a tough decision,” said Ben Banks, vice president of western operations for TCW. “There are a lot of good providers on the market [but] there is a great relationship with Trimble today so it made sense to add Video Intelligence.”

In addition to providing on-demand context into incidents when they happen, Video Intelligence also captures video when triggered by behavior (think hard braking or rapid accelerations). Presented via a robust back office platform, these videos can help fleets advance their coaching efforts by providing clear examples of driving behaviors that can be improved.

“The on-demand functionality was huge, too,” said Ronnie Holland, director of safety for TCW. “It enables us to go find a video on the DVR and examine it even if an event was not automatically triggered.” 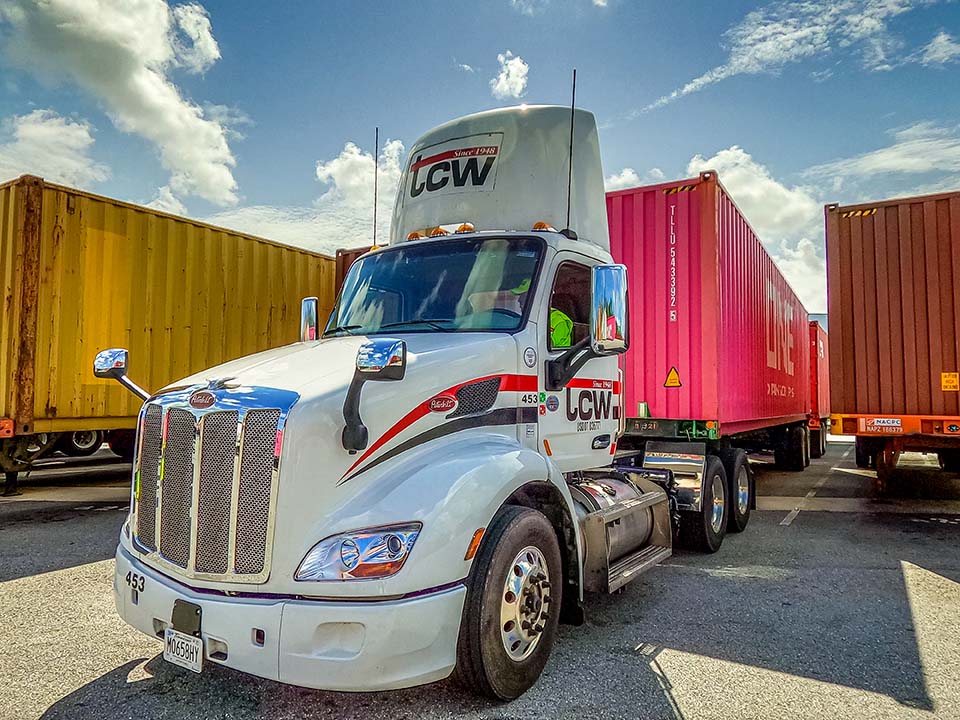 After rolling out Video Intelligence and its forward-facing cameras, TCW immediately realized an ROI.

“We have already seen the benefits of exoneration within the first couple of months of using Video Intelligence,” said Banks.

One example is when a TCW driver recently came around a curve in the dark. A vehicle was approaching in the other direction while a log truck was parked perpendicular to the road, with the logs hanging over into the lane with no lights, warning triangles or hi-vis flag. The TCW driver braked, hitting the overhanging logs and causing some damage to the cab, but avoided a run off road or head-on collision.

The police report indicated that the TCW truck rear-ended the logging truck. The video showed this wasn’t the case and, by providing law enforcement with video evidence, TCW was able to exonerate itself and the driver involved.

The early results from Video Intelligence are also promising in terms of helping enhance the coaching process so that drivers and safety personnel alike can be more informed about how they can operate safely behind the wheel.

“Safety is a culture at TCW. Our goal is to make sure we get everyone home,” said Holland. “Our drivers want the outward-facing camera for protection.”

For fleets that are on the fence about adding video or are unsure about its benefits, both Holland and Banks have some key words of advice.

“If you aren't running video today, that should be the top priority for tomorrow,” said Banks. “I can't express how much it saved us. Not only in defending claims but to make it clear when we may be in the wrong.”

“Do this to protect your company. In the litigious society we operate in these days I wouldn’t want to operate without the camera to protect us. The videos also make us better, they make us safer because we can take an event and we can coach on any at-risk behaviors,” added Holland. “I don't understand why any trucking company, including owner operators, wouldn’t invest in this technology.”