Safety is imperative to fleets of all sizes and types, in regard to both truck drivers and the general public on the road. Drivers are an essential part of the connected supply chain, and keeping them and the general public safe is a value that should be held by all carriers throughout the industry. Accidents can not only cause physical harm, but result in shipment delays, costly repairs that take equipment off the road, and even litigation with costly settlements.

The good news is that there are proactive steps carriers can take to prevent these tragic consequences, by making safety an authentic value.

Safety and how to create a company culture around it was the topic of a recent session entitled “Driving Safety and Compliance Results through Culture, Teamwork, Training and Technology” in Trimble’s Supply Chain in.sights Virtual Series + Interactive Community Event. 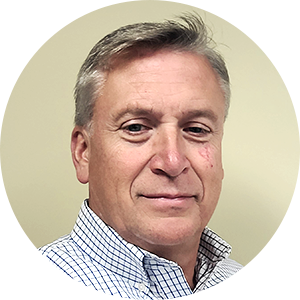 During the session, Gary Falldin, Trimble's senior director of industry solutions, spoke to some proven ways to increase the safety and compliance of your fleet’s drivers. Prior to joining Trimble, Falldin oversaw all aspects of safety, security and driver onboarding for Dart Transit in Eagan, Minn., as well as a division of UPS. He also currently serves as the past chair and regulatory chair for the Minnesota Trucking Association.

“I’ve worked with a lot of very smart people in safety,” he says. “One thing that I love to do is share best practices, benchmark with other people and see what’s working.”

The first step in creating a safety culture, Falldin says, is to treat safety not as a priority, but as a key value, as priorities may shift over time, while values do not. He defines a value as a deeply held belief that does not change over time – something that is a cornerstone in the very foundation of a company.

He recommends having a brief, clear definition of what a safety culture means to your organization – a quick summary that explains why your company values safety as much as it does.

For example, “nothing we do is worth endangering ourselves or the motoring public.” This is a phrase that Falldin says can help ingrain the idea that risky behaviors simply aren’t worth the potential harm that could come to a driver or member of the public. It’s much more important that safety be treated as the top value in all scenarios.

Furthermore, Falldin says the key to making this all “click” across the entire organization is to authentically embrace this value, and make sure that you’re not only talking the talk but walking the walk when it comes to safety.

“Do your actions match your words?” Falldin says. “Drivers, fleet managers and safety people will catch on in a second if the leadership is not doing what they say. [Everyone] needs to be on the same page.”

Falldin sees teamwork between departments as critical to supporting a safety culture. Safety teams and operations need to work together, he says, in order to work toward the shared goal of keeping drivers safe.

To that end, Falldin recommends that safety and operations – and even beyond those teams to nearly everyone in the back office – should participate in the same safety training that drivers receive.

“I don’t mean that they’re going to be out on the road learning how to drive the truck,” he says. “What I do mean is training that drivers go through like videos, orientation training, classroom training, weekly messaging… that should all go to the whole company. That also helps maintain a consistent message.”

Additionally, having safety and operations work more closely together should extend to increased visibility of reports, driver scorecards and plans, something Falldin says he has worked toward throughout his career.

One of the biggest benefits of doing so, he says, is keeping each other accountable to the plans that were laid out, and helping each other with best practices, advice for how to drive results, and discussions about what is working and what isn’t. Ultimately, this can lead to improved results for all areas.

When it comes to training, Falldin is an advocate for having many brief, interactive touchpoints with drivers throughout the year, rather than hosting long trainings. Those touchpoints could be as simple as fleet managers leaving drivers with a safety tip each time they talk, or perhaps a 5-10 minute, monthly video on a relevant safety topic with a knowledge check at the end.

To be clear, Falldin does not recommend doing away with longer annual trainings, but instead sees training as something that can be promoted year-round.

“I like to do a lot of little trainings rather than one day of training once a year,” Falldin says, adding that he personally likes to host a longer annual safety training session in November, just before winter driving weather.

Additionally, Falldin shared that the majority of accidents that occur in a fleet are typically with drivers who have been with a company for less than six months, regardless of how long they’ve been driving. This means that the first weeks of a driver’s new job are critical to helping guide them toward safer behaviors – Falldin recommends frequent touchpoints with new drivers, especially during their first month and a half with a company.

Today, there are many truck technologies that are designed to keep drivers safe: collision mitigation, roll stability control, fatigue monitoring, video systems, lane departure warnings and much more. While it’s tempting to want to implement as many technologies as possible, the key, Falldin says, is to make sure that you’re not just collecting data for data’s sake; it should be bringing in data that leads to actionable insights.

Regardless of what technology a carrier chooses to implement, Falldin says they should be able to easily explain the benefits to both drivers and leadership teams, so it’s more readily embraced.

“If you’re putting technology on a truck, you should really have a good reason for why,” Falldin shared. “There will always be questions, and you need to expect that – if everyone has the buy-in of the [safety] culture, I think it’ll go pretty good. It does start at the top, and I think everyone realizes now… it’s in everyone’s best interest not to have an accident. It’s the right thing to do.”

For more helpful “in.sights” about how to build a culture of safety at your organization, you can watch an on-demand replay of the full session to hear directly from Falldin about his experience leading safety initiatives with nationally-renowned carriers.